[00:14] Hey everyone, Stephen Esketzis here from stephenesketzis.com and marketing on the move. I am really pumped for 25th day and this is the first podcast I’m recording.

The 25th day finally getting back into work, I’ll give you a bit of an update of what I’ve been up to. So, you would have noticed that the last few podcasts we’ve been interviewing a lot of guests.

So, I wanted to mix it up a bit. I’ve been looking to get a few people and get their opinions on things, really pick their brains. I know there’s a lot of podcasts out there that would interview people.

Some are daily, some are weekly.

[00:47] But I want to get a few friends, a few people that I look up to. Some of the really high level marketers that I think are going to provide value for you all.

So I’ve been doing that. I’ve been trying to lock in a few people. It’s been going well. The last one we had was Neil Patel, absolutely phenomenal guy, him and his partner, Hiten, I think that’s how you pronounce it. Hiten, and yeah, phenomenal.

With CrazyEgg, Kissmetrics, you’ve heard them.

[01:10] Then we also had Ben Simkin on he was fantastic as well. His agency is doing some amazing things and we’ve just had some great speakers.

Talking about marketing and sales funnels and whatnot.

[01:40] So, that would be really good. Hopefully, you guys are looking forward to 2015 ahead business as usual. Absolutely just ripping out profits and revenue through the roof. Can’t wait to get into it all.

[01:55] I was actually in Bali as well. Early January with the family. I was planning on doing a podcast there but didn’t get around to it.

Just took some time off, did a lot of activities, jet skiing, rafting, quad biking, you know, the usual. So that was a bit of fun, but now, finally back into Melbourne into the hustle mode.

[02:15] Back into working and I wanted to give you guys a little reminder as well. I’m not sure if you’re familiar with Alex Becker he’s one of the big SEO guys, the Search Engine Optimization industry, and what he does is he ranks websites and he creates some little software tools for people to help rank their websites and get higher in Google.

So you can make some money using that so whether it’s an affiliate link or whether you’re selling a tangible product whatever it is. The higher you are in Google, the more people will come visit your website so that’s what he does.

But, he’s put up some amazing free content and would just following his Facebook posts last night actually and he pretty much outlined that until you’re making a serious amount of money, and by serious we’re talking at least ten to fifty million dollars a year.

So that’s a yearly take home, ten to fifty million dollars, until you’re at that level and you’re an entrepreneur there’s absolutely no excuse to sit back and relax and do nothing. So, it was a bit of a wake up call to me as well and I think maybe it’s just because I came back from holidays but even before then I think it’s something which a lot of people need to hear as well coming out of the holiday period.

When they haven’t really hit that revenue goal and having hit that profit goal and they don’t have that money coming in where they can just kick back and relax and be lazy.

Whereas you see people like Alex Becker who is generating I think at least, between, one to ten million dollars a year in take home dollars and he’s still hustling like a wild man. And the same as everyone else, it’s not just him.

[04:05] You see, Russell Brunson someone who has just launched a platform like Click Funnels absolutely doing some big projects but still working and working and working. Has the lights on, just doesn’t stop. So it’s just a big reminder.

[04:21] Don’t follow the crowd, don’t follow the sheep, really keep working. There’s no excuse I mean, right now, I know a lot of people have business ideas and know they want to do things but they’re also going out and clubbing and partying and spending money and you’ve got to be so frugal with your money.

[04:37] You’ve got to invest it so tightly. You have to be so lean with everything you do until you get a bit of success and you get the ball rolling and then you can keep investing. Even once you get that success, just what Alex was mentioning was once you get that short period of success, you might even have a break where you make five hundred thousand dollars a year.

But, what most people would do is they spend it or they get excited, I’ve got to buy a sports car or I’ll go and do this, this, or this.

They don’t stick with it, because as soon as you get a bit of that success happen, you’ve got to be ready. You have to prepare, you have to make sure once you have that little success, there’s going to be a lot of issues on the way.

[05:14] It’s not– Success, doesn’t come easy. You might have worked hard for it to begin with, but you can be sure that a lot and a lot of hard works are going to come after that and it’s so hard to keep money; it’s ridiculously hard to keep money. It’s hard to make money.

But it’s even harder to hold on to it and keep it.

[05:32] You can see people that make a lot of money, that actually generate and have a great business and everything. But, actually holding on to that money, and investing it to generate you more money or investing it into the business, where you know it’s actually going to build your business, and you’re not just spending money on things that aren’t going to bring you more money and build your empire.

That’s hard. That’s where the difficulty comes in.

[05:56] So, it’s just a bit of a wake up call, and a bit of a reminder I wanted to give you guys that 2015, business is going to be fantastic, I’ve got a really good feeling about it. That 2015’s going to be entry 16 and while I’m at it, it’s going to be phenomenal I think we’re all going to take some massive strides.

I’m really excited for it, and that’s another one as well.

[06:22] Focusing, I think focusing right now is 2015, is the year of focus. Have one project on your plate and devote yourself to it.

Don’t go running around, left, right, center, over there, like a headless chuck, definitely focus on one project. Because when you focus, and I learned this in the last 3 or 4 months, I’ve been focusing on softwares and some service that I’m launching.

So you’re not focusing your time on that sort of stuff.

That’s what Tacky once said; I stole that line from him. Great guy who knows what he’s talking about. Maybe have him on the show at some point. But, it’s about working in your genius.

Working in what you’re good at and off-putting everything else to others. So making sure that your time is leveraged and you’re getting the most out of it.

[07:35] So that’s one, and another thing, so I’ll give you one example. One plan where, I’ve written my goals, if you haven’t written your goals, definitely write those, but as I was writing my goals, one of the things was to get the podcast thing.

To get my website, stephenesketzis.com a lot bigger and start growing it because I launched that at the January 1st, 2014. So now it’s going to have been out for a year, so the goal is definitely to grow that.

So we want to get as many listeners as possible, just grow it and I’ve worked out an automation system which we can really do that more in part that as soon as it, the podcast gets recorded and the values provided, it just reaches as many people as possible.

So that’s one way we’re going to be scaling 2015. In bringing you more value. But without taking away the focus from your main project, so, if your main project is, your company or your studies or whatever it is, make sure that you’re hustling on that one project because when you focus all your time when everything is around that, that’s when you’re going to start seeing some huge results.

[08:56] Absolutely massive results, and just to give you a quick example, one company who is just doing that is Basecamp. So, the guys from Thirty-Seven Signals they’ve really turning everything to focus on Basecamp because they know that the focus on that and what everyone knows them for is worth so much more.

So, definitely stick to focusing on one thing you’re absolutely phenomenal at and you’re going to get a lot of value, and have a lot of success with it.

[09:23] So, I’m going to leave you there guys, but that’s the first post for 2015. First blog post like I said, can’t wait to get into it, there’s going to be a lot more coming, I’ve got an interview lined up tomorrow night.

So, I’ll let you guys know who that comes in you’ll see.

You’ll listen to who is next on the interview. He’s phenomenal. I’ll give you a bit of a hint.

He’s an amazing investor from America, I’ve been following him for a long time so I’m thrilled to have him on marketing on the move and I’ll leave you there guys.

Make sure you make 2015, the biggest one yet. Focus. Kill it with your sales. Hustle hard and I’ll speak to you soon. 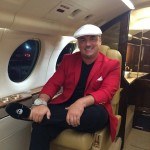 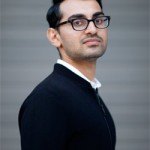 Someone from Dallas built a funnel 5 minutes ago.

Someone from San Antonio built a funnel 53 minutes ago.

Someone from Wellington built a funnel 17 minutes ago.

Someone from Budapest built a funnel 35 minutes ago.

Someone from Edinburgh built a funnel 22 minutes ago.

Someone from Debrecen built a funnel 27 minutes ago.

Someone from Genoa built a funnel 40 minutes ago.

Someone from Auckland built a funnel 6 minutes ago.

Someone from Springfield built a funnel 44 minutes ago.

Someone from Wellington built a funnel 41 minutes ago.

Someone from Budapest built a funnel 3 hours ago.

Someone from Denver built a funnel 5 hours ago.

Someone from Trikala built a funnel 4 hours ago.

Someone from Glasgow built a funnel 7 hours ago.

Someone from Philadelphia built a funnel 4 hours ago.

Someone from Hobart built a funnel 1 hours ago.

Someone from Bolton built a funnel 8 hours ago.

Someone from Debrecen built a funnel 8 hours ago.

Someone from Bolton built a funnel 5 hours ago.

Someone from Trikala built a funnel 6 hours ago.