FEATURED DOWNLOAD: Read and download the full transcription of Episode 08. I’m sharing in this episode the importance of  refreshing your energy to meet the demands of work and life balance.
(Click Here to Download Transcription)

It’s Stephen Esketzis here, and I am pumped to bring you another episode of  the Marketing on the Move podcast.

How I can’t work on projects that I’m actually passionate about, and then it sort of struck me that having energy is what really fuels you and what keeps you going on for most part because if you don’t have this energy you sort of give it a half assed attempt where you are not really putting in your all, and you don’t feel good about it, and the people that you are working with don’t feel good.

So as soon as I came around these exams, I started realizing that the amount of energy I needed to pause and to put the effort that I wanted to give in my best shot– that what’s needed is so much higher and at a level that I wasn’t playing at currently.

[01:29] So what I did was start a routine of waking up earlier, going to sleep earlier, eating a little bit healthier as well, and something I did yesterday, which I know is going to sound pretty normal, but for me it was pretty big because I haven’t done much of it, was going for a bike ride.

[01:47] Now I don’t know if you guys are a big fitness freaks or you’re like me who enjoys their sport but probably needs to do a little bit more of it given what we do, but yeah, look.

I went for a bike ride, and just getting out in the open in the fresh air was just really, really refreshing and really gave me a whole other perspective on how should I be working and thinking.

[02:07]  It’s something which your teacher or your parent or your mentor would always say. Go out there, get some fresh air, go do something- but you don’t actually do it.

So I really want to encourage you guys to go out and do something different, whether it’s a bike ride or a walk or a run. Go with your pet around the block or whatever it might be.

Go out there, and just do something a little different to break your routine because its going to give you a bit of a fresh energy.

A bit of a… I don’t know- It will slap you on the face a little bit and tell you that you’re not going to be stuck in your room.

You’re not going to be stuck on your computer looking at your screen all day, and there’s really something refreshing about it.

It doesn’t have to be some of the things that I’ve mentioned but is just something that will break you out of your routine.

[02:46] So I highly recommend you guys do something like that because that will give a bit of a lift in your energy and is something you need if you want to keep on top of your work.

There is no way you can really stay at the top of your game if you’re going to be slouching around in front of the computer in the same state the whole day.

[03:00] Tony Robbins is the prime example because you see, in some of his talks as well, he mentions that it’s all about energy. If you don’t have energy when you go into a meeting, and if you are slouching around it’s not going to come to you like the guy on the other side of the table who’s got the energy and is ready to get into it. When people come…

When Tony Robbins went to meetings in the car he’d be blaring music and getting pumped on the way to each and every meeting.

I mean that’s just the way he was, and he framed himself so when he went to a meeting or went to something important in which he needed to be in his peak state, he was already there.

Everyone else was sort of warming up to it in the meeting or at work, but he was already in that state.

He goes out on stage or at the meeting, and he’s already at level 10 when other people are still winding up from level 5 in the morning.

You will be able to bring people up, and it’s only advantageous to you that you are starting at such a high level of energy because not only will the work be higher, but the quality will be higher.

So look at the state that you’re in now and then shrug your shoulders back a little bit and you’ll be sitting in your seat or you’ll be  standing up and you’’ realize that’s sort of your normal state.

You’re  sort of sitting down and you’re comfortable.

FEATURED DOWNLOAD: Read and download the full transcription of Episode 08. I’m sharing in this episode the importance of refreshing your energy to meet the demands of work and life balance.
(Click Here to Download Transcription)

[04:29] But if you want to be at peak state, try to sell somebody something at your regular state. So try selling someone at the current state you’re in.

You’re sort of slouching a little bit, you’re just comfortable, and then go into a new state after that and sell someone, and if you didn’t sell them, your mother or your father will die.

Put yourself in the position where if that sell wasn’t made, then your mom or dad would die.

So you have to make that sale to save them, and I found that so powerful that instantly, when I was in the event, that everyone around me just went to their level 10 immediately.

There wasn’t a thought in their mind that I was sort of sitting here slouching around.

I mean, I’m not saying, ”Go into a sleazy salesman level,” but just get that energy so that you know that you’re passionate about what you’re doing  because if you are in the state where you’re forced to make that sale (you don’t have another choice) then you are instantly going to make and bring yourself to the top ten levels.

“Well look! If this was dependent on my mom or dad passing away or another really bad circumstance– where if this sale or if this event or if this meeting wasn’t made or wasn’t done at the best of its ability something bad will happen, what would I do?

And then that triggers my mind and tells me,  “All right, these are the things that I instantly need to do to change my awareness, to change my energy, and to change my outcome for what would have been a 5 out of 10 — to bring 10 out of 10 and make that sale.

And guys, it works differently for everyone. For some people it might just be waking up a little bit early and going for a run.

I know I love listening to music and getting really pumped before things; that just gets me really energized.

So if you have got a playlist or something that you might like to put together that might give you a bit of energy that you think you could feed off of then do that.

It’s literally whatever works for you.

There’s no right or wrong answer, but as long as you know that a high energy resonates to the person across the table.

So if I’m at a high energy [level] and I’m speaking to someone then they’re going to feel instantly what level I am on.

They’re not gonna be able to say, “Geez! This guy is half sleeping and  doesn’t care.”

As soon as I get into a conservation with someone, bang! They’re in a trance with how I’m speaking and what I’m doing.

That doesn’t matter. But when you’re working and doing something you like, you want to make sure you give it your absolute all and you’re in there at the highest level possible.

[07:29] So guys, make it easy for yourself. Put yourself at a good level of energy and performance. I’ve given you a few tips there.

See how you go with them today, and we’ll touch very soon, and hopefully I can see on the comments or reviews how that’s taking you and if it’s giving you bit of energy for some of your future meetings.

FEATURED DOWNLOAD: Read and download the full transcription of Episode 08. I’m sharing in this episode the importance of refreshing your energy to meet the demands of work and life balance.
(Click Here to Download Transcription) 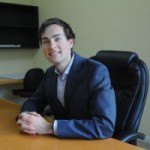 Someone from Glasgow built a funnel 3 minutes ago.

Someone from Auckland built a funnel 44 minutes ago.

Someone from Wellington built a funnel 44 minutes ago.

Someone from Manchester built a funnel 20 minutes ago.

Someone from Rome built a funnel 58 minutes ago.

Someone from Rome built a funnel 39 minutes ago.

Someone from Turin built a funnel 33 minutes ago.

Someone from Palermo built a funnel 38 minutes ago.

Someone from Palermo built a funnel 17 minutes ago.

Someone from Dallas built a funnel 12 minutes ago.

Someone from Jackson built a funnel 6 hours ago.

Someone from Springfield built a funnel 2 hours ago.

Someone from Glasgow built a funnel 7 hours ago.

Someone from Manchester built a funnel 1 hours ago.

Someone from Manchester built a funnel 8 hours ago.

Someone from Crete built a funnel 4 hours ago.

Someone from Dallas built a funnel 7 hours ago.

Someone from Wellington built a funnel 8 hours ago.

Someone from Dallas built a funnel 4 hours ago.

Someone from Bristol built a funnel 4 hours ago.