Sultan Moni : Challenges and Successes As A Young Entrepreneur

Could you please tell us a bit about you and how you started making money at the age of 13? 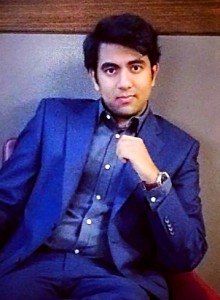 I actually got into the entrepreneurship world even before knowing what the term entrepreneur meant. I was in grade 5 when I launched my first venture. At that point, I didn’t look at it as a business. I sort of looked at it more as a way to escape boredom. The social media giant Facebook, was the talk of the town those days. I didn’t like the fact that we couldn’t customize our profile layout on Facebook, so I decided to create my own social media site with everything I wished Facebook had. It launched off well, and quickly spread among my school. Within a short span of time, I got myself a contract with a local TV channel and a giant fast food chain. After a year, due to lack of capital I couldn’t run it anymore and was forced to closeit down. After that, I launched a media company, followed be an advertising company. During my last year of high school, one of my client introduced me to stock market and I found it to be really fascinating and wanted to give it a shot, so that’s when I made my first investment. I did make a good chunk of money, but I also lost a reasonable amount. Iused the profit to launch a business service company, which kind of turned out to be my most profitable business yet. We worked with start-ups and helped them materialize their goals. Our focus was to give them a conductive platform and resources to get them going on the track. Two of our services still play monopoly in the market; we are the only company in Toronto, which provides business registration service to international students in Ontario, Canada also we are the only company that works on clients’ budget rather than a fixed cost amount. After that I launched an investment (Venture capital) company along with a business consulting company. By the time I entered university, I had already become an entrepreneur, investor and a start-up consultant.

What were the main challenges you faced early on in your business ventures? And do you still encounter them to this day?

Well challenges are part of business. Every entrepreneur faces challenges sometimes or the other. It kind of sucks while trying to solve it, but when you’re done facing it, you kind of get that victory feeling. To be honest, if it wasn’t for the challenges I had to face, my company wouldn’t exist today. 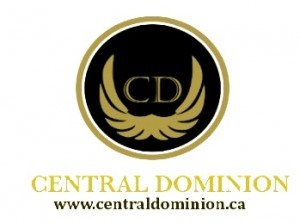 When I launched my first few ventures, I was young and didn’t have a large budget. I went out of the circle and found out ways to get things done for cheaper, found alternative resources, thought of ways to get a task done for free and because I did that I am now able to offer my clients services within their budget because I faced that problem already and solved it. Another challenge that I’ve been facing since my first venture and still do is the “age” I’ve had clients who almost finalized a deal over the phone, however when they walked into my office the first thing they usually ask me is “How old are you?” they tend to underestimate my capability due to my age, the think because I am young I might not be able to perform as good as my competitors. However, because of my past success, it did cut down now and doesn’t occur that often as it used to in the past.

Where does your passion lie for being a successful entrepreneur?

Like I said, I didn’t even know the term “entrepreneur” existed when I first launched. What got me started was the fact that I didn’t like the product available, so I created my own product the way I wanted it to be. And what kept me driving towards success is my goal to reach a point in life where I am able to do whatever I want and whenever I want, in a positive way of course. I do not want to “wish” that I had something, if I feel like having something; I just want to be able to go and get it. Also, I kind of sucked at every other subject in school other than business. I don’t look at business as a course, business is like a hobby for me, and I love launching new companies, coming up with creative ideas and those kinds of things. I was always passionate about business, probably because I grew up in a business environment. I really can’t imagine myself anywhere else other than business, so if I see myself doing this for the rest of my life, why not just reach my highest potential and be successful at it?

What are your goals for the company for 2015?

I am currently working on a new project, hopefully by early 2015 I will launch a new venture, so that’s one thing I am looking forward to. And I am also in the process of writing my debut book, I am not sure exactly how will that turn out to be, but I am hoping to publish it somewhere towards the end of 2015. So those are currently the 2 big goals for 2015 I am trying to work on. Other than that I do have a few more business ideas, which I might be launching out in 2015, so you’ll probably see me launching a bunch of companies in 2015.

If you could leave our readers with one last piece of business advice, what would it be?

We are in this generation where we have thousands of candidates applying for one job. We cannot rely on our degree anymore. A degree is an investment that might give return or might not. I’ve seen people with a degree who are working minimum wage and I’ve seen people without a degree who are very successful. I’ve also seen people without a degree not being able to find a job and people with a degree well laid off. A degree doesn’t really guarantee you success. It’s like investing in a company, you might lose all the money you invested to get that degree or you might get good returns. Now you can’t really just rely on that, it’s a good back up but doesn’t guarantee you success. If you want to be successful, you have to create your own job. Stop complaining about how you are too young or too old to be successful. I launched my first venture when I was 13! Warren Cassel Jr. launched his venture when he was only 9! Ray Kroc found McDonalds when he was 53! Age is really just a number; you are never too young or too old to start a business. 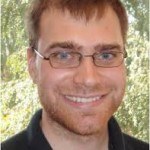 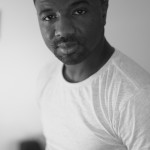 Someone from Trikala built a funnel 13 minutes ago.

Someone from Columbus built a funnel 22 minutes ago.

Someone from Newcastle built a funnel 42 minutes ago.

Someone from San Diego built a funnel 40 minutes ago.

Someone from Perth built a funnel 34 minutes ago.

Someone from Trikala built a funnel 39 minutes ago.

Someone from Jackson built a funnel 34 minutes ago.

Someone from Springfield built a funnel 52 minutes ago.

Someone from Jackson built a funnel 32 minutes ago.

Someone from Wellington built a funnel 18 minutes ago.

Someone from Rome built a funnel 6 hours ago.

Someone from Perth built a funnel 7 hours ago.

Someone from Palermo built a funnel 1 hours ago.

Someone from Darwin built a funnel 6 hours ago.

Someone from Darwin built a funnel 4 hours ago.

Someone from San Antonio built a funnel 6 hours ago.

Someone from Denver built a funnel 5 hours ago.

Someone from Jackson built a funnel 4 hours ago.

Someone from Philadelphia built a funnel 6 hours ago.

Someone from Crete built a funnel 5 hours ago.